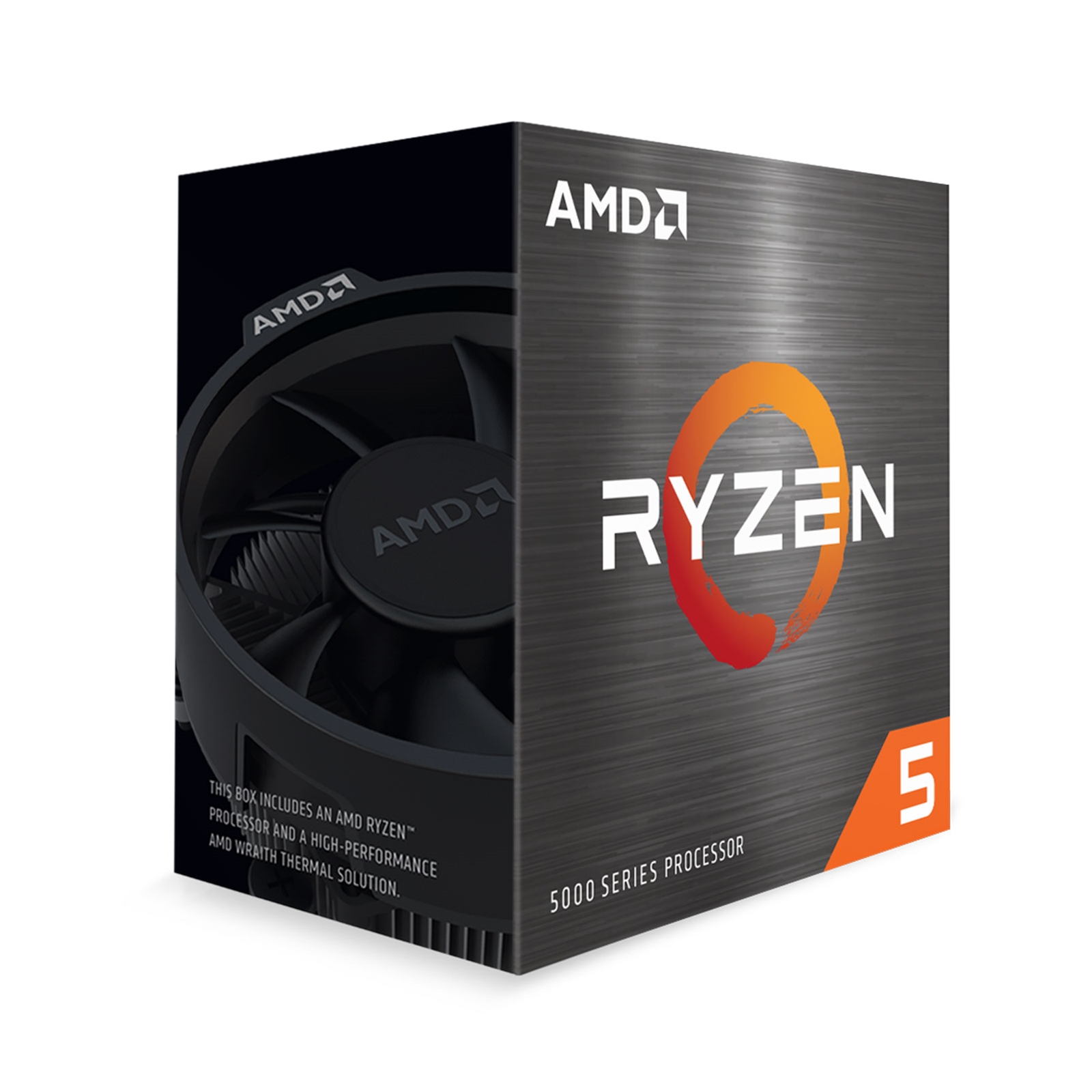 GET THE HIGH-SPEED GAMING PERFORMANCE OF THE WORLD?S BEST DESKTOP PROCESSOR
The AMD Ryzen 5 5500 has 6 Cores and 12 threads making this processor great for gamers, content creators and streamers who love to multi-task. When you have the world?s most advanced processor architecture for gamers and content creators, the possibilities are endless. Whether you are playing the latest games, designing the next skyscraper, or crunching data, you need a powerful processor that can handle it all?and more. Hands down, the AMD Ryzen 5000 Series desktop processors set the bar for gamers and artists alike.

PREMIUM AMD PROCESSOR COOLING SOLUTIONS - AMD Wraith Stealth Cooler Included
AMD have listened to customer feedback and designed their newest coolers to deliver near-silent operation, bolstered with capable thermal hardware ? with no increase in pricing when these coolers are packaged with existing processors ? for a tremendous value.

5000 SERIES PROCESSORS HAVE ALL THE BEST FEATURES TO KEEP YOU IN THE GAME - Extreme Power with 7nm Zen 3 Architecture
The world?s fastest processor core for the world?s fastest gaming processors. The AMD 5000 Series are built using 7nm architecture which gives you extremely high frames rates with high image quality. AMD Ryzen 5000 Series processors power the next generation of demanding games, providing one of a kind immersive experiences and dominate any multithreaded task like 3D and video rendering, and software compiling.

Not only are these processors drop-in ready on 500 series motherboards with a simple BIOS update, you can easily tweak and tune your processor with Ryzen Master and AMD StoreMI. BIOS updates supporting the AMD Ryzen 5000 Series desktop processors on AMD 400 Series chipsets are expected to be available starting January 2021; exact availability will vary by manufacturer and motherboard model.

COMBINE THE SPEED OF SSD WITH THE CAPACITY OF HDD - Increase your Performance with AMD StoreMi
AMD StoreMI technology is a powerful tool for PC enthusiasts that want to improve load times, boot times, file management, or system responsiveness. If you have an AMD X570, B550, 400 Series, X399 or TRX40 motherboard, you can download AMD StoreMI for free to help accelerate your operating system.

System Memory Specification
Up to 3200MHz